It’s been a while since anyone mentioned Amber Bock. This 100% malt brew sold astoundingly well when it first rolled out. Now, it’s rare to find a Michelob Amber Bock on any beer shelf. Is it a Bock worth drinking or just another Bock fad? Michelob Amber Bock is a dark lager with nutty flavor notes. What’s interesting is that it’s brewed with 100 percent malt.

In fact, Amber Bock is vegan-friendly. How’s that for Bock beer. But there’s one recurring question a lot of people are asking these days. What happened to Michelob Amber Bock?

And if it’s gone, does that mean it wasn’t a good beer? You’re about to find out in this guide.

What Kind of Beer Is Michelob Amber Bock?

It definitely falls into the category of Bock beers but slightly strays away from the traditional Bock style. Yes, it’s a dark lager and nutty, but it also has some caramel notes in it.

Not to mention, dark-roasted malts were used in the brewing process. A traditional Bock can be nutty or toasty, but caramel isn’t normally part of the flavor profile. In addition, a roasted character isn’t what makes a traditional Bock since it leans more towards toasty or nutty.

The 100% malt is intriguing, though. As many brewers would describe it, a Michelob Amber Bock isn’t the best Bock out there. However, it’s still a decent buy for its price and solid flavor notes.

What Is Michelob Amberbock Made of?

As for the hops, Noble hop varieties were used in this brew.

Where Is Amber Bock From?

Amber Bock is an American-style dark lager brewed by Anheuser-Busch in St. Louis, Missouri. Yup – you heard that right.

Anheuser-Busch is the same brewing company that made the oh-so-famous Budweiser. That includes the following popular beers, such as:

Is Amber Bock a Wheat Beer?

Amber Bock is not a wheat beer. The term “100% malt” might seem misleading, but here’s a general breakdown of its ingredients:

It’s also worth noting that wheat beers are ales. Bocks are lagers, and with Amber Bock being a Bock, well…you get the gist, right?

In addition, for a beer to be considered a wheat beer, it should at least be made with 50% wheat. Some of the most popular wheat styles today include the following:

Fun Fact: Anheuser-Busch is the same brewery that made Amber Bock and Shock Top. Shock Top is a popular wheat beer in America.

Is Michelob Amberbock a Dark Beer?

Michelob Amber Bock is a dark beer indeed. The label itself says “dark lager”. However, if you pour it into a glass, you’ll notice it leans more towards a rich, dark brown color.

The dark brown appearance is mostly due to the roasted malt used along with the caramel malt. The aroma and flavor also strongly suggest it was brewed with Vienna malt. As expected, these malts can impart a dark brown to dark color in a lager.

This American Bock-style dark lager is made by Anheuser-Busch, which is one of America’s most iconic companies.

Anheuser-Busch has been brewing beer for over 160 years. They even have a craft business unit known as Brewers Collective.

But it doesn’t stop there.

Anheuser-Busch sells more than just beer. Over the years, they’ve expanded their portfolio to sell even canned wines, cocktails, and hard seltzers. Some of the brands that sell these products that fall under Anheuser-Busch include:

Where Is Michelob Amberbock Brewed?

Now, here’s a little fun fact for you.

Anheuser-Busch started out as a small neighborhood brewery in the 1850s. By the 1870s, Anheuser-Busch became the first American brewery to use pasteurization. This allowed them to ship beer over long distances without the risk of spoilage.

During the mid-19th century, German immigrants introduced lager beer to the United States. It was during this time that Anheuser-Busch released Budweiser.

Budweiser was the first nationally distributed lager beer brand in the United States.

Soon after, Anheuser-Busch used various technologies to brew lagers like Michelob and Faust. From there, Anheuser-Busch expanded its portfolio of beers. They quickly rose and became a megabrewery renowned for iconic beers like Budweiser and Michelob.

When Did Michelob Amber Bock Come Out?

Michelob Amber Bock came out around 1995. However, Anheuser-Busch released the Michelob line way back in the early 1900s.

Adolphus Busch originally brewed the first Michelob – a pale lager with an ABV of 4.7% – in 1896. This pale lager was meant to be a draught beer for connoisseurs.

In 1961, a pasteurized version of Michelob was released, allowing Anheuser-Busch to ship the lager across state lines. Michelob was originally sold in a unique bottle known as the teardrop bottle. This bottle received an award from the Institute of Design in 1962.

Five years later, Anheuser-Busch started selling Michelob in cans. In addition, the teardrop bottle was redesigned mainly for the efficiency of the brewery’s production line.

It wasn’t until 2002 that Anheuser-Busch stopped using the teardrop bottle in favor of the traditional bottle.

From 1978 to 2007, Anheuser-Busch released several variations of the Michelob line. However, most of these beers had a very limited distribution. And it’s one of the reasons why you don’t see many of them today.

Some of the specialty beers released from 1978 to 2007 include the following:

Michelob Amber Bock has a malty and nutty flavor profile with hints of toast, breadiness, toffee, and caramel. It’s not a robust lager, but rather has a smooth mouthfeel, medium body, and decent carbonation similar to soda water.

Its sweetness isn’t as strong either. But perhaps it’s because of the slight bitterness that balances it. Aroma-wise, you can tell malt extract or malt syrup was used in the brew. Some of its aroma notes include the following:

Sure – it imparts a solid malty and nutty flavor with a very crisp finish but it’s far from a heavy beer. A Michelob Amber Bock leans more towards the thin/shallow side. What’s even more surprising is that its malt backbone isn’t as prominent considering it’s marketed as a 100% all-malt beer.

Where to Buy Michelob Amber Bock?

It’s hard to find a Michelob Amber Bock on a beer shelf or online store these days. Anheuser-Busch discontinued the product quite a while back.

Some mentioned being able to buy an Amber Bock in the following places:

Does Michelob Amberbock Come in Cans?

However, with the limited stock of Amber Bock these days, there’s hardly a chance you’d find a 6-pack. Most stocks available today and as shown in Untappd are sold in a 12 oz. bottle.

What Is Similar to Amber Bock?

Amber Bocks fall under the traditional Bock style as opposed to the other Bock styles like Doppelbock or Maibock.

One great example of a traditional Bock aside from Amber Bock is a Shiner Bock. Shiner Bock is brewed by Spoetzl Brewery located in Texas, United States.

Michelob Amber Bock has been discontinued for quite some time now. However, Anheuser-Busch released Michelob Ultra – a product that answered the call for a beer that’s lighter in calories and carbs.

Anheuser-Busch markets Michelob Ultra as the “sports drink beer” for…

Think of Michelob Ultra as the Gatorade of beer. It only has 95 calories for every 12 oz. serving. Compare that to a Bud Light or Coors light, which is at 110 and 102 calories, respectively.

About 3 years ago, Michelob Ultra became the 3rd largest beer brand in the United States. It’s also famous for its tagline: “Lose the beer, not the taste.” The superior light beer is even Keto-friendly.

Yes, you heard that right. It’s not just a light beer for active types, but friendly even for keto-dieters. Considering the growth of the health & wellness community nowadays, Michelob Ultra responds in a way that appeals to the masses.

After all, it’s the carbs and calories that count, right? Aside from Michelob Ultra, Anheuser-Busch also released Michelob Ultra Pure Gold.

Other Michelob variations available today include the following: 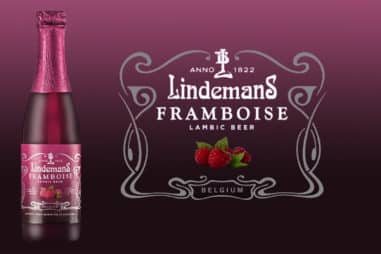